The Cosmopolitan cocktail was popularized by the TV show “Sex and the City”, but have you ever actually tried it? And is it worth all the hype?

What is a Cosmopolitan?

A cosmopolitan, sometimes known colloquially as a cosmo, is a cocktail composed of vodka, triple sec, cranberry juice, and freshly squeezed or lime juice.

​​History of the Cosmopolitan?

With this being such an iconic and popular cocktail, you can assume many claims have been made to its origins.

Neal Murray claimed to have created the Cosmopolitan in 1975 at Minneapolis’ Cork & Cleaver steakhouse. According to Murray, he added cranberry juice to a Kamikaze, and the first person to taste the drink  said, “How cosmopolitan.” This is supposedly how the drink got its name.

Cheryl Cook of the Strand Restaurant in South Beach, Florida created the cocktail sometime between 1885 and 1986.  Sarah Jessica Parker’s character Carrie Bradshaw frequently ordered it with her friends. The movie adaptation to the show even references its rise in popularity when Miranda asks Carrie why they stopped drinking cosmopolitans, to which she replied: “because everyone else started.”

Below are a few common variations of the cosmopolitan.

The White Cosmopolitan uses white cranberry juice instead of red cranberry juice, giving it a crisp, white color that does not sacrifice the tartness of the original iconic cocktail.

The Cosmobellini is a hybrid cocktail that combines the original Cosmopolitan and the Bellini to create something new. This wonderful breakfast drink is bubbly, fruity, and lemony. Recipe Cosmobellini

The Cosmocello is a Cosmopolitan that uses Limoncello instead of lime juice. You don’t need to use citrus-flavored vodka for this variation due to the added citrus from the Limoncello.

The French Cosmopolitan cocktail utilizes Grand Marnier instead of Cointreau as the orange liqueur and is topped with a splash of grenadine. Try adding an orange, or lemon twist to this variation. Doing so adds a wonderful hint of citrus oils and color.

The Raspberry Cosmopolitan cocktail includes fresh muddled raspberries instead of the typical dash of cranberry juice. You may use raspberry vodka instead of citrus vodka

What Glass is a Cosmopolitan Served In?

The always served in a martini or cocktail glass. If you don’t own the right glassware for this cocktail, consider some of the options below. 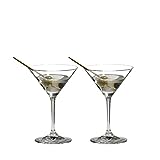 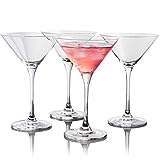 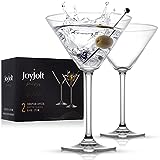 What are the best spirits and Ingredients for a Cosmopolitan?

Using top-shelf alcohol is one of the simplest methods to make your cocktails taste amazing. A five-dollar and forty-dollar vodka are radically different. And the five-dollar vodka isn’t going to lead to the best drink.

How to Make a Cosmopolitan

Below are the ingredients and directions for a Cosmopolitan cocktail. We hope you love this drink as much as we do.

A cosmopolitan, sometimes known colloquially as a cosmo, is a cocktail composed of vodka, triple sec, cranberry juice, and freshly squeezed or lime juice.

So what do you think of the Cosmopolitan cocktail? Love it? Hate it? What would you rate it? Let us know in the comments below.