The year is 1894. Dr. John Pemberton, a pharmacist in Atlanta, Georgia, begins to bottle and distribute his insanely popular beverage around America. He calls it Coca-Cola. Four years later, in 1898, Theodore Roosevelt assembles his team, The Rough Riders, in Cuba to win a war against the Spanish to fight for Cuban Independence.

Never has there been such an instance that echoes through the corridors of history, as when an unnamed Rough Rider reaches for his bottle of coke, and then his Cuban rum, and squeezes some lime juice, mixes it all together, and takes a sip. Everyone yells “Cuba Libre!” and they win the war in just eight months.

I like to believe that the Cuba Libre cocktail was the unspoken hero of the Spanish American War.

What is a Cuba Libre?

The Cuba Libre (meaning “Free Cuba”) is a highball cocktail made with rum, cola, and lime juice, typically garnished with a lime wedge or wheel. Although traditionally made with Coca-Cola and Bacardi, the drink can be made with other rums and cola brands, as well.

Rum and Coke is a classic pairing of tropical, grassy rum with effervescent, spicy cola. With a zingy citrus kick, lime juice complements both ingredients while tempering some of the sweetness. The Cuba Libre cocktail also contains caffeine and sugar, making it a popular party drink whether you’re celebrating in a dive bar or a dance club.

​​History of the Cuba Libre cocktail?

Like most cocktails, this one has a questionable claim of origin. The most common of which include Theodore Roosevelt and the Rough Riders in the Spanish-American war.

A US Army captain stationed in Havana during the Spanish-American War. One night, the captain added some Coca-Cola and lime juice to his glass of Bacardi rum and toasted to his Cuban comrades, shouting, “Por Cuba Libre!” (“To a free Cuba!”) And behold, a drink was born.

Naturally, Bacardi has warmed up to this creation. And, according to company lore, Bacardi rum was easily available during Cuban independence celebrations to assuage thirsts. However, the drink does not specify a rum, so you can use any rum you like.

American spies would order the popular rum and coke with a squeeze of fresh lime juice to alert their Cuban counterparts to contact them. Hence Cuba libre Whatever its origins, the Cuban government confiscated the Baccardi Distillery after the disastrous 1960s effort to escape Castro. Baccardi relocated to PR.

But to be honest, sometimes it’s best not to know the history of a cocktail.

What Glass is a Cuba Libre Served In?

The Cuba Libre cocktail is typically served in a highball glass. It may also be served in a lowball glass. If you don’t own the right glassware for this cocktail, consider some of the options below. 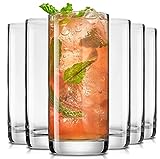 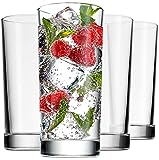 What are the best spirits and Ingredients for a Cuba Libre

A light, Spanish-style rum like Bacardi works well, as it closely resembles the kind offered in bars across the Cuba. You might also try a richer rum from Jamaica, Central or South America.

How to Make a Cuba Libre

Below are the ingredients and directions for a Cuba Libre. We hope you love this drink as much as we do.

The Cuba Libre is a delicious highball cocktail made with rum, cola, and lime juice, typically garnished with a lime wedge or wheel. With its zingy citrus kick and sweet cola flavor, this cocktail has made its way into the history books and into our hearts.

Below are a few common variations of the cosmopolitan.

A Captian and coke are very similar to the Cuba Libre. However, it uses spice rum, whereas most Cuba Libre recipes call for light rum. The Captain and Coke are made using Captain Morgan Spiced Rum and Coca-Cola. It’s a popular bar drink for those who like the spicy-sweet flavor of Captain Morgan.

The Scotch and Soda is a crisp, refreshing beverage suited for summer. Many drinkers like to garnish with a lemon twist, wedge, or wheel, but it is usually served plain. In this classic highball drink, scotch whiskey and soda water are combined (club soda or seltzer would also do).

The 7 & 7 (Seven and Seven) is made with only two ingredients: Seagram’s 7 Crown Whiskey and 7-Up (a carbonated lemon-lime pop drink).

So what do you think of the Cuba Libre cocktail? Love it? Hate it? What would you rate it? Let us know in the comments below.